Millions of dollars available to create jobs in Appalachian counties

Across the Commonwealth, creative citizens are busy thinking of ways that Kentucky’s abandoned mine lands in Appalachia can be turned into places that will attract full-time, sustainable jobs to the region.

This follows the state receiving up to $30 million in federal grant money that has been set aside to give to projects proposed for abandoned mine lands in 54 Appalachian counties that will foster jobs to replace those lost in the downturn of the coal mining industry.

“If used wisely, these funds will improve lives and strengthen the economy in the region for generations to come,” said Gov. Matt Bevin. “The potential of this program is enormous, and we must make the best use of these one-time funds.”

U.S. Rep. Harold “Hal” Rogers (KY-05), Chairman of the U.S. House Appropriations Committee, worked to secure the funding through the FY 2016 Omnibus appropriations bill. He said the money will go a long way towards helping Kentucky’s struggling coal communities as they strive to rebound from the devastating loss of more than 10,000 coal mining jobs over the last eight years.

“The pilot will allow our coal communities to reclaim abandoned mine sites while simultaneously pursuing proactive economic development opportunities to help put our people back to work and spur innovation in Eastern Kentucky,” Rep. Rogers said

The Kentucky Division of Abandoned Mine Lands has been accepting applications for use of the grant money. Projects that are chosen for submission for federal approval must demonstrate economic and community development as well as mine land reclamation and must be measurable in terms of jobs and businesses created, infrastructure created or restored, and individuals, households or communities served.

To be considered, any proposal must address the issue of mitigating abandoned mine lands in the Appalachian counties of Kentucky as recognized by the Appalachian Regional Commission. After that, emphasis will be placed on proposals that have the potential to create long-term economic development or community development benefits.

“We are encouraging community leaders throughout the region to look at options that will have the best chances of bringing dramatic growth and jobs to Appalachia,” said Erik Dunnigan, acting secretary of the Cabinet for Economic Development. “For example, several communities may choose to band together to upgrade industrial sites, including providing the necessary infrastructure and possibly spec buildings, so that companies looking to expand in Kentucky can be up and running quickly.”

Proposals should include information about the project’s purpose, its link to an abandoned mine land property, cost, specific number of jobs expected to be created, potential partnerships and/or leveraged funds (if applicable), and any evidence of community improvement and support.

Eligible grant recipients are limited to state and local governments, who may subcontract project related activities as appropriate.

A committee made up of officials from the Energy and Environment Cabinet, the Cabinet for Economic Development and the Department for Local Government are evaluating all proposals and recommending projects to the federal Office of Surface Mining Reclamation and Enforcement, which is making the final decisions.

The pilot program is part of $90 million in funds that has been set aside for one-time grants to Kentucky, Pennsylvania and West Virginia to return coal sites to productive uses that will bring new jobs to replace the thousands lost during the downturn of the industry.

You can find the application form and more information about this program by visiting http://eec.ky.gov/Pages/ALM-Economic-and-Community-Development-Pilot-Program.aspx or by contacting Bob Scott, Director, KY Division of Abandoned Mine Lands, 300 Sower Blvd, Frankfort, KY 40601. He may also be reached by phone at 502-564-2141  or by e-mail at BobF.Scott@ky.gov.

Below the evolution of Spewing Camp is shown as it is reclaimed. 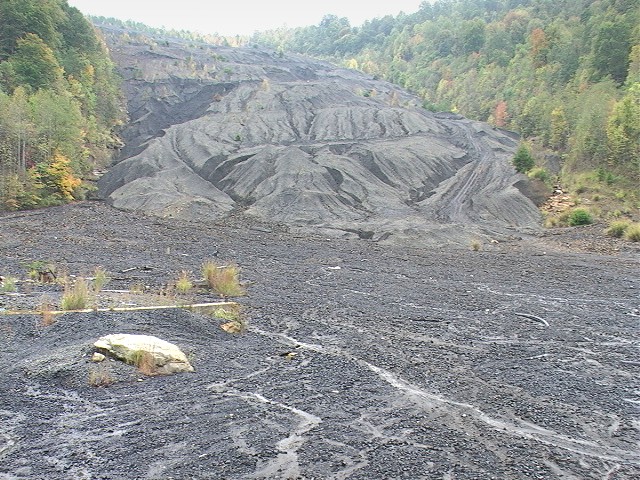 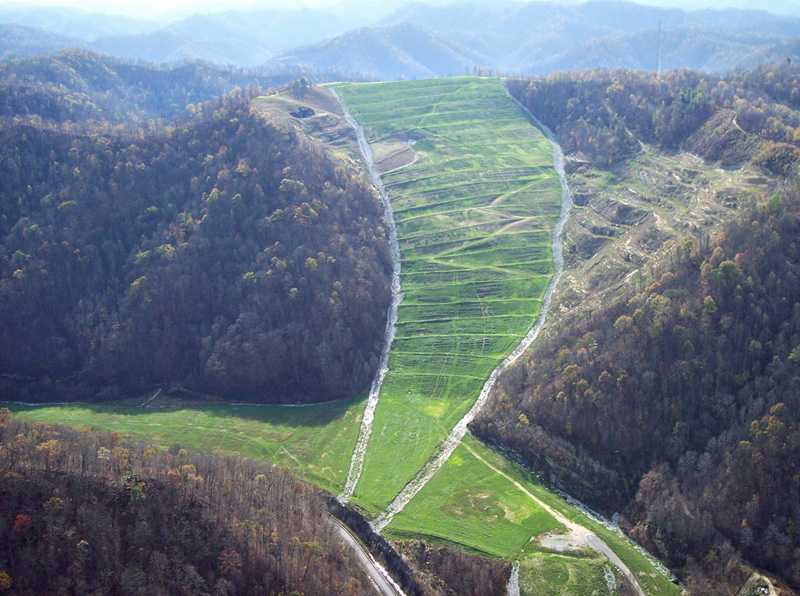