By Kentucky Energy and Environment Cabinet on January 19, 2017 • ( Leave a comment ) 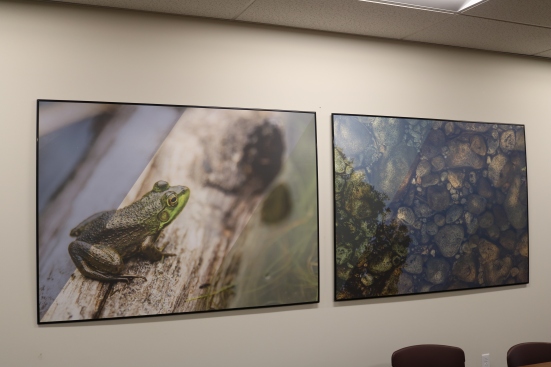 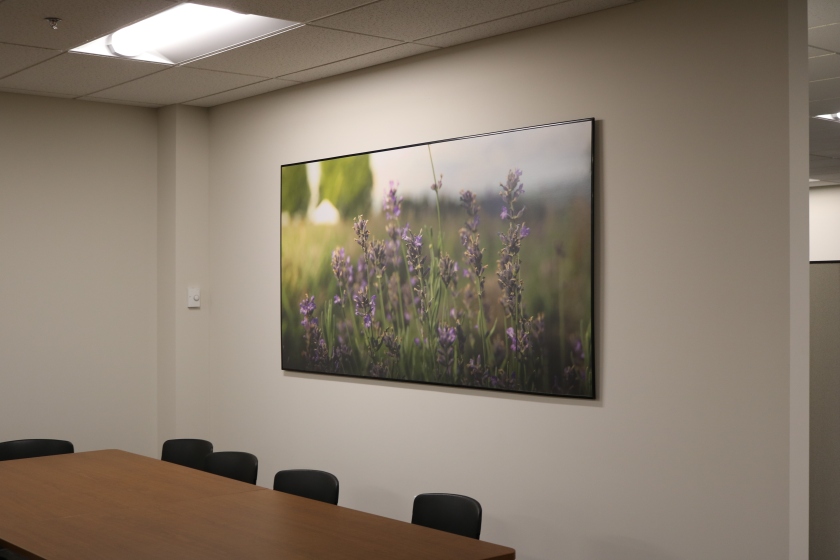 A view of the 300 building with fog from the surrounding areas.

The 300 building features plenty of naural light, oth inside and outside of the building for employees to enjoy. Photo by Lanny Brannock.

The view from inside on one of the upper floors. Photo by Lanny Brannock.

The new building also has new walkways designed for employees to enjoy the great outdoors. Photo by Lanny Brannock.

Signs of wildlife can be easily seen o. Photo by Lanny Brannock.tside of the new building. 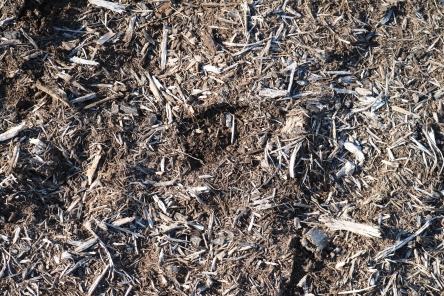 Since Fall, about 1,500 state employees have been enjoying a brand new workspace, thanks to a public-private-partnership that enabled the five-story, 371,170-square-foot “300 Building” to be constructed on Sower Boulevard in Frankfort.

Now, employees have another reason to feel good about their new workplace. The building, a collaboration of EOP Architects, D.W. Wilburn LLC of Lexington, and The CRM Companies, which designed, built and financed, respectively, the structure, recently achieved a LEED SILVER ranking, designating it a highly energy-efficient and sustainable building. LEED stands for Leadership in Energy and Environmental Design and thus recognizes building features that save energy and help to protect the environment.

Energy and Environment Cabinet (EEC) employees moved into the building beginning in June, followed by Education and Workforce Development Cabinet employees in August and the Kentucky Department of Education in September. For the EEC employees, it was the first time the Cabinet could bring almost all of its employees into one space. Employees relocated from the Fair Oaks building owned by Buffalo Trace, the Capital Plaza Tower and offices at Hudson Hollow, among other spaces.

Construction on the building began in March of last year, as part of a public-private-partnership, whereby the company constructing the building financed the costs and the state is making lease-purchase payments over the next 35 years.

Andy Casebier, director of the division of engineering and contract administration in the state Finance and Administration Cabinet, said the building cost between $70 million and $80 million to build.

As a LEED-certified building, the structure is designed for a 19 to 26 percent reduction in utility costs, compared to other office buildings. A large number of energy efficiency and sustainability items are featured in the building, including abundant natural day lighting, LED fixtures, high-efficiency mechanical equipment and low-flow plumbing. All but a handful of employees who work in the building have outside views.

Other sustainable features include: the front drive consists of run-off-controlling pervious pavement; carpeting made of recycled material; terrazzo flooring in the lobby made of recycled material; large glass windows that filter 92 percent of UV rays and greatly reduce the reliance on artificial light and workstations that share circuitry and thus lessen the amount of electricity wasted.

The building’s open-office concept is organized around rows of workstations set into neighborhoods.  Small collaboration spaces have been provided between the workstation neighborhoods to allow for informal discussions or informal meetings of employees of different agencies.

The building sits atop one of the bluffs off the East-West Connector, offering views from the back of the top floor that include a water tower in Lawrenceburg, about 14 miles away, and from the front, a view of Kentucky State University and the Cabinet for Health and Family Services.

Because of the large footprint of the parking lots and other hardscapes, the site needed to integrate strategies that would respect the natural habitat. Constructed of a steel frame with concrete and metal deck floors and an bitumen roofing membrane with rigid insulation, the building was placed in the southwest corner of the site to capitalize on the sweeping southern views while minimizing disturbance along the western edge of the property.

Some of the building is yet to be finished. A portion of the first floor will be sub-leased from the Commonwealth to the Office of the Blind, which will operate a food service area.  A nursing station is planned to open in January.

One of the most popular features for those who work there are the water fountains in the building that allow for personal water bottles to be refilled with filtered water. And for those who walk during the workday, the outside of the building features a wildlife habitat area with native grasses and plant landscaping that won’t require irrigation and a one-mile walking trail on its grounds.

Some of the features that won the building a LEED SILVER certification include:

A digital building control system, with energy metering, was included in the building design, giving full control of all mechanical equipment, and monitoring of the building’s energy usage.  The system is integrated with a statewide energy monitoring system that allows the building operation to be monitored, with an alarm sent if energy usage exceeds the base line for each month.

Additionally, low-VOC materials were selected based on their cost and regional availability.  These included paints, sealants, and carpets. Forest Stewardship Council-certified wood was specified for interior wood applications.

For more information on the 300 building, please watch the YouTube video at-https://www.youtube.com/watch?v=aJlcndBl0Hg.