The Division for Air Quality

Boyd County residents are breathing easier these days, thanks in part to the work of odor-sniffing inspectors from the Division for Air Quality.

In 2014, a steady increase in complaints about foul-smelling air around the Big Run Landfill was received by the Division for Air Quality (DAQ), especially in its Ashland Regional Office which serves Boyd County. By the spring of 2015, the number of complaints reached more than 50 per day.

Inspectors with DAQ knew there was a problem. Jonathan Barker, an environmental inspector with DAQ’s Ashland Regional Office, like all air inspectors is trained to measure odor levels.  He  is DAQ’s  most recent air inspector to monitor Big Run Landfill.  “Odor violations can result when something isn’t working right in a landfill,” said Barker.  “When we receive a complaint about a strong odor in the air outdoors, we send an inspector to sniff out the source – literally – and to determine whether the odor standard is being violated.”

In Kentucky, odor is regulated under 401 KAR 53:010, which states that “a mixture of one volume of ambient air and seven volumes of odorless air shall have no detectable odor at any time”. That means if an odor is strong enough to be detected, even after diluting it seven times with odorless air, the odor’s source can actually be in violation of the standard. 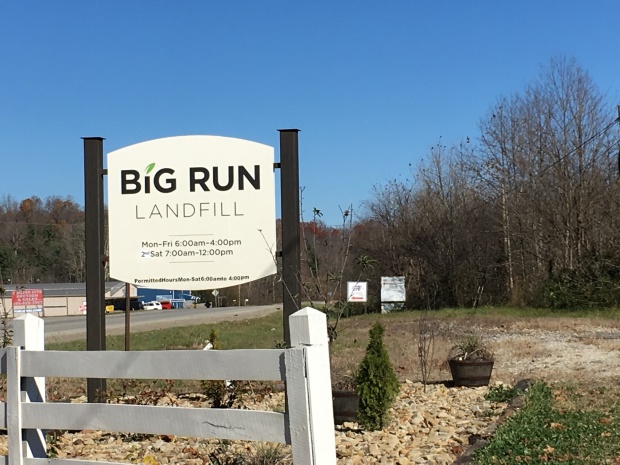 By their nature, landfills are smelly places. Much of the odor comes from gases that are generated as buried waste decomposes.  Modern landfills are designed with wells to capture landfill gas, which is mostly methane and CO2, and burn it with a flare.  Flaring helps alleviate much of the odor that might lead to complaints.  Other effective measures include spraying deodorizer and covering garbage on the active portion of the landfill as quickly as possible. 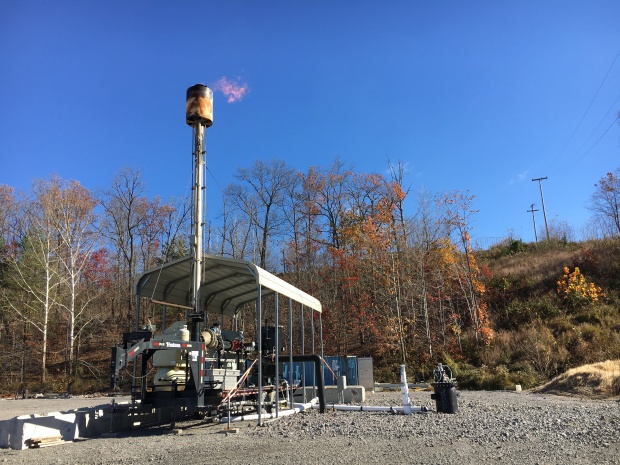 As the complaints came in, field inspectors went to the site to investigate. Armed with a special sniffing device called a Nasal Ranger, inspectors are required to drive a 42-mile  circuit around the landfill to check for odors that exceeded the legal limit for every day they receive a complaint.

Summer or winter, inspectors always made the drive with the windows down, regardless of the temperature outside. “We have to be able to smell what the complainant smells, so we keep the A/C or heat off and the windows down as we drive,” said Barker.  “If you can smell it with your nose, you know that’s a good place to stop and take a reading.”

Like its predecessor, the Scentometer, the Nasal Ranger is designed to fit snuggly against the nostrils. A user first cleanses his or her olfactory senses by breathing in purified, odorless air through the instrument’s carbon filter. Next, the instrument is adjusted to allow in ambient air, which mixes odorless air with the ambient sample at a specific dilution of seven to one. 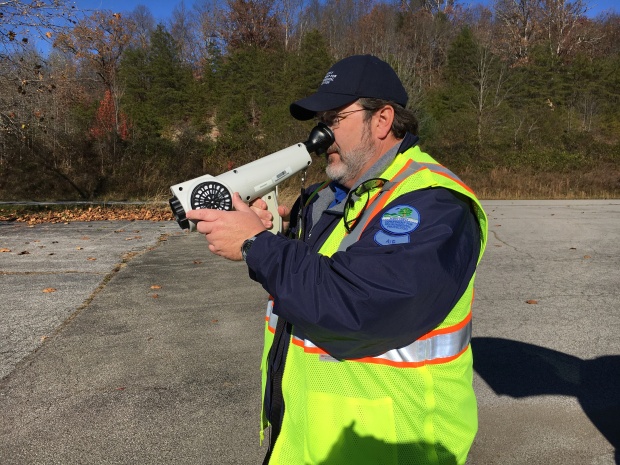 “If you can smell the odor at that dilution, you have an observed  violation,” said Barker.

How far an odor travels depends on the weather, humidity and even the topography around the source. In Boyd County, inspectors measured odor violations more than three miles from the landfill, with complaints originating from as far as seven miles away.

Solving the odor problem at Big Run required pinpointing the sources of odor, and there were many.

Inspectors found that the odor was coming from several areas including the active, working face of the landfill where the trucks dump their loads. Odor was also coming from landfill gases escaping from the temporary soil cover placed over some of the newer waste and from leaks in the permanent plastic covered areas where older waste was disposed.  “Many of the gas collection wells weren’t working properly,” said Barker.

Adding to the problem were the so-called trash trains, which brought a steady stream of rail cars transporting waste to Big Run from states as far away as New Jersey. Many of the rail cars leaked smelly garbage fluids while waiting to be dumped at the landfill.

Several agencies in the Energy and Environment Cabinet, including the Division of Waste Management, Division of Enforcement and Division for Air Quality, worked together with the Boyd County local government, citizens groups and the company to find a solution. Ultimately, the Cabinet reached an agreement with the landfill and the other parties on a series of actions aimed at reducing the source of the worst odors.  These actions included:

In addition to these actions, Big Run is working on plans to ultimately capture and use the landfill gas as an energy source.

“The actions appear to be working,” said Barker. ”2016 has seen a steady decrease in the number of odor complaints around Big Run Landfill. While the Division for Air Quality continues to receive and investigate occasional odor complaints from the area, there have been no violations of the odor standard since January of 2016.”

The decline in complaints is welcome news to all of the Division staff, in Frankfort and in Ashland, who have spent countless hours helping the facility work toward compliance.

Watch the proper way to use the Nasal Ranger at https://www.youtube.com/watch?v=zTQqPhgyV9g.